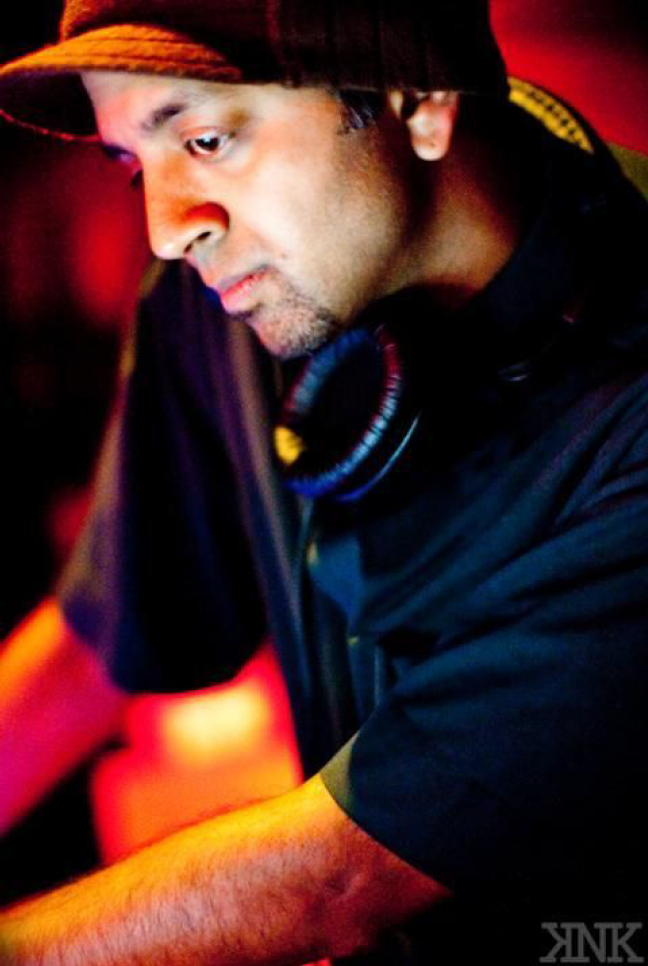 I first met Maneesh the Twister in the red-tinged upstairs dance floor of the Elbo Room bar on Valencia Street in San Francisco. It was the weekly Dub Mission night. I knew Maneesh was a veteran in the scene but I didn't yet know the depth of the man's veteran-ness. Dub Mission has been going for over 21 years. That's over 1000 shows! Mad!!

I had just moved to the area and, as a new-jack South Asian reggae artist, was looking to link up with other like-minded musicians. Not only did he teach me about the local scene, Maneesh turned out to be a total gentleman with a kingly character; the perfect ambassador for spreading hard-hitting but feel-good music across borders and boundaries. What a treat to have this legendary DJ and producer performing at Goa Sunsplash.

Truth is, as Maneesh has been spreading reggae, dub, bass, dancehall, dubstep, and drum n bass music across the globe, he's woven the South Asian diaspora into those genres, by using South Asian sounds and samples to create tasteful masterpiece mixes. He's been relentless over the years. Alongside Kush Arora, another name that you should know if you don't already, Maneesh brings the vibes to the Northern California radio waves with the radio show called Surya Dub Takeover. And as you can see from the exclusive interview below, the man was there in India to jump-start the reggae scene from the start.

Even as you read the interview below, why don't you put on some tunes. Just press play on Surya Dub's Soundcloud (any of those mixes are pure fyah!) or Maneesh's Soundcloud (I would recommend starting with the Dub Mission New Beginningz Mix and Basement Bubblers Mix, those two will blow your mind!)

Kavin: How would you describe your role in the history of the independent Indian music scene? 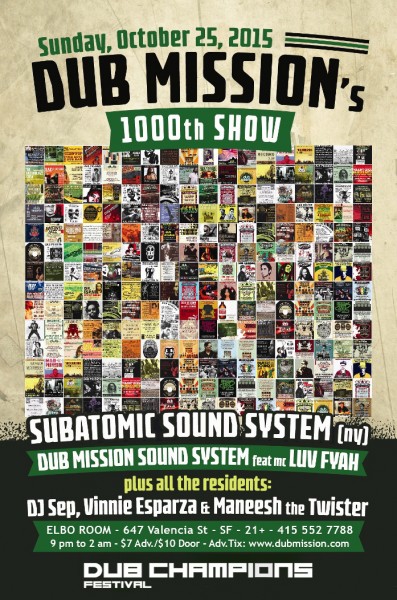 Maneesh The Twister: I began DJing various underground styles of music in India in the early 00's and was definitely one of the first DJs playing DnB in ~2000 with Bhavishyavani crew, Reggae in Goa on Baga Beach, and along with Dhruva of Sub Swara may have been the first to play Dubstep here back in ~2007. Back then there was no festival scene or underground stages, it was totally DIY and some people didn't know what hit 'em.

K: How about your achievements in the global South Asian reggae/dub/bass scenes?

MTT: I've been involved in club DJing, radio, producing music, and promoting events for over 20 years in the San Francisco Bay Area. Even in SF there were very few S. Asian artists doing music but our Dhamaal Collective was one of the first crews outside of the UK doing Asian Underground music along with Mutiny in NY. It was a tough road but all my various crews have all garnered acclaim and won Best of San Francisco honors whether it be for Dhamaal (Asian Underground/DnB), Dub Mission (one of the longest Dub/Reggae weeklies in the world at 21yrs) or Surya Dub (Dubstep/Bass music) and I was voted Best DJ in San Francisco a few years back so i feel we've done a lot to push these sounds.

K: How do you see the emergence of the Goa Reggae Sunsplash festival within that story? 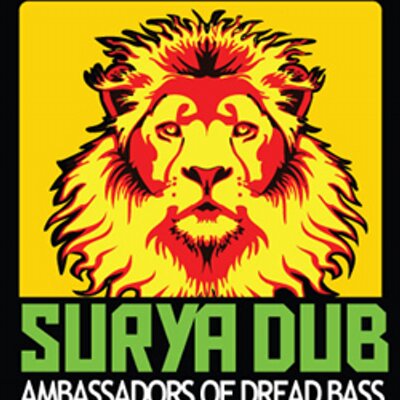 MTT: It's great seeing Reggae music continue to grow here and I remember playing with Delhi Sultanate and the Reggae Rajahs in like 2010/11 when the scene was so nascent. I'm so happy and proud of everyone involved, Respect!

K: What do you hope for most in your performance at Goa Sunsplash?

MTT: I'm super excited to take people on a musical journey traversing roots and dub to digi and steppers as well as future dubwize sounds tied together with a love of bass and pure vibez!