We are collecting stories from the women and men who have built the Goa reggae scene, brick by brick, pon a solid foundation. First up: Rudy Roots. This selector has tirelessly worked to put on reggae nights in Goa for the past six years and now helps organize the Goa Reggae Sunsplash festival. Rudy Roots is a genuinely friendly man and a wicked, wicked DJ. Hear the history of the Indian reggae movement in his own words. Come! 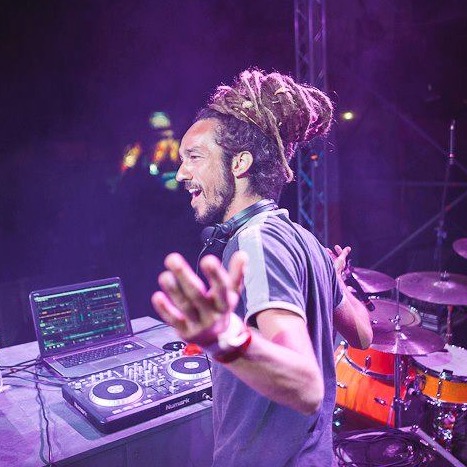 Kavin: When someone writes a book/movie about the history of the Goa reggae scene, what should they write about you?

Rudy Roots: I had been playing music 7 years in France (from 2002) where I learn to DJ through many parties and got a lot of experience by playing many gigs in France, before coming to travel India in 2007! So I travelled a few years in the country and had been missing reggae a lot here. Then one day, a friend told me that i should bring my music to India and play it :) ... I started from scratch, almost nothing was there... I mean, a few people did reggae parties, but it was different, especially since I was coming from France, where Reggae was getting bigger and bigger... Yet, I had another vision of reggae from people here like NZ Selector, Gabi Digital and Low Rhyderz (King Jassim and Charles).

Reggae is not only about chilling, but about grooving, all together, and feeling the bass that makes people feel good :) ... and obviously the lyrics are important as well, sometimes only though, 'cause reggae is the music of the poor and the less poor, the music of the people, and it can bring consciousness to who ever is ready to listen and understand it :)

K: Lets go back six years. It's the end of 2011. You are going around Goa, visiting psy trance bars and clubs, trying to get gigs. Tell me about this time in your life.

RR: So I did it, first by recording all of my vinyl collection to be able to play it in Goa. People had told me in Delhi that in Goa, bar owners had started to understand the importance of DJs. So when I arrived, I had some stickers and business cards made and went to every shack on the beach in Arambol and offered to play music for them. The first person who called me was from Psy Bar (now Twice In Nature), and he asked me to do a psy trance party (ahahha)... I told him I was a reggae DJ and he said ok, let's do a reggae party!! Which we did after a week and it was a success.. Even Mr Williamz and MoCity came to perform there. 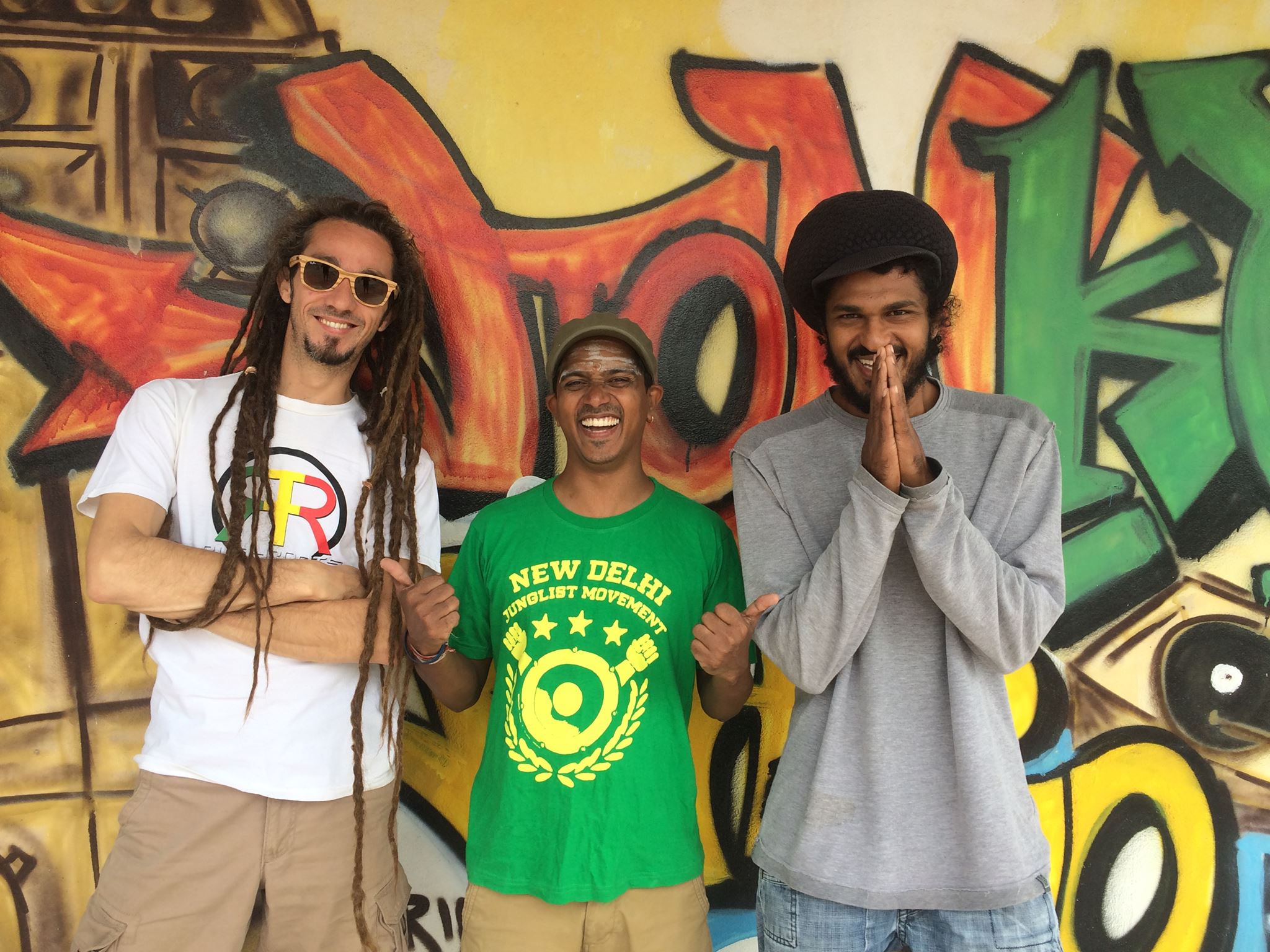 K: Tell me about any musical collaborations you had with King Jassim, Gabi Digital, Roman NZ, and other reggae pioneers of Goa.

RR: I did also many events collaborating with NZ Selector, Gabi Digital and Low Rhyderz in Lilliput (Anjuna) or Cocoloco (Arambol) before doing my own events as well. It was great but i wanted to bring my vision to Goa. A year later, Gringoo Riginal, my friend from France, MC and singer, joined me in Arambol for the gigs. Which brought the real sound system vibes to Goa!!

And slowly slowly, the crowd grew bigger and bigger, to reach the beach at the Opinhal shack, where i organized the party called Reggae Rules The Beach which became one the greatest parties at that time in Arambol (including more artists/people and NZ Selector, Gabi Digital and Low Rhyderz)!! And it started to attract people from all Goa, but also all reggae artists and reggae lovers who would pass through Goa/Arambol. We had amazing guests like Naaman, Cian Finn, Brother Culture, Reggae Rajahs, Soul Stereo, Dawa HiFi, Steppa Style, Delhi Sultanate etc... But also beginner DJs.. Reggae interest had grown big at that time! Then we would have from only one reggae party a week to 3 or 4 every week in Arambol, followed by a big crowd !!! What an adventure actually!

Few years after the beginning, a few persons were involved in the Goa reggae scene, like Pierre who set up the 10,000 Lions Sound, bringing also other reggae vibes more roots/rockers, where I was more into modern reggae/digital, even raggajungle. Reggae Rajahs who were performing all over India and the world, and were settled in Delhi, would then come to Goa and start the Goa Sunsplash festival!!!

K: How did the idea and the planning for the Goa Sunsplash festival first come about, from your perspective?

RR: The funny thing about the festival, is that I was then in Thailand when i thought about doing a festival, and made a design just for fun, choosing the name Goa Reggae Sunsplash. Then, few days after, we spoke with Zorawar, and we realised that we had the same idea of a festival, on the same date and same name (the date of the festival is on my birthday..)... We hadn't talked about it before but were connected!

And it happened a few months after!! The new adventure started!! Bringing more and more international artists than ever in India! Not only Goa, but all big cities for pre-parties etc...

Nowadays, I play everywhere in India, but not only that, I do parties worldwide, from Asia to Middle East and Europe !!! I also started composing my own tracks to be released in the few years later :) Parties are expanding to all North Goa and Goa Sunsplash is growing as well, and will be in its third edition next January 2018 ..

K: Now lets move forward six years. Lets imagine we are in 2023. What is your dream for the reggae scene in India? What would it look like?

RR: Goa is a place where things move fast... I can tell that Reggae found its place here, and for a long time!! It will be different vibes from Roots to Raggajungle or even Dub Steppers.

We are 3 main persons organizing during the whole season, NZ Selector, Pierre and me. On my side, I try to expand reggae to other places than Arambol, since it's now already a lot of reggae and I have been always trying to bring Reggae where it's not yet... I started in France that way, there wasn't so much reggae in my home town so I did it! Then came to Arambol in Goa where it wasn't there as well.. Now I'm doing it in Morjim, and more and more in Anjuna and around.

Parties will get bigger and the festival brings many international artists to Goa during the whole month of January! But we do events during the whole season and more and more people get involved! Goa is changing, getting actually less foreigners but more cool Indian people eager to listen and dance to reggae. So the future of Goa will be for Indian people, collaborating with foreigners, reggae lovers. Maybe more reggae festivals will exist and live bands will emerge, DJs and sound systems like Bass Foundation Roots or Dakta Dub and the Monkey Radio crew from Hyderabad..

And more releases will happen as well, the Indian contribution to the reggae world!!!

You can catch Rudy Roots in Goa this season at the Ital Digital party at Rockwater (Morjim) every Thursday from 10 pm, at the Riva Pool Party (Mandrem) every Sunday from 1 pm, or performing at festivals in the area including at Goa Reggae Sunsplash 2018. Connect with Rudy Roots on social media, show the man some love!