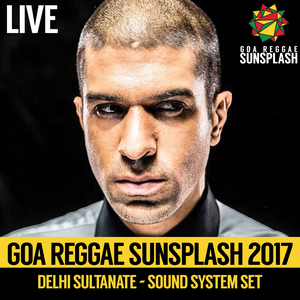 With these words, Earl Gateshead wrapped up his own epic set at Goa Sunsplash 2017 (complete with police shutdowns—check it out!) and introduced another legend—this one, representing India.

Taru Dalmia a.k.a. Delhi Sultanate activated his mic, returned the respect to Earl Gateshead, and started with a nice-and-easy beginning. The golden oldie voices of Horace Andy and Cornell Campbell punctuated the deep roots reggae pounding through the 10,000 Lions sound system. And suddenly there was Samara Chopra a.k.a. Begum X, live and direct, with her powerful voice cutting through. A reminder, perhaps, that a Delhi Sultanate set is always going to cut through the fluff and get to the real stuff.

"You know they just banned money in India?" And there it was. Delhi Sultanate exposing the hypocrisy of a financial system controlled by a few as they toyed with the lives of 1.35 billion. Only two months before the festival, in November 2017, the central government of India had declared everybody's cash as illegal tender even as they bungled the production and distribution of new notes, paralyzing the country and driving over a hundred to suicide. "Money, money... is the root of all evil" sang out the voice of Horace Andy. The crowd was fully engaged at this point, me included. This was reggae at its best, speaking to the struggles of the common people.

"India, Africa, Jamaica... its Sizzla Kalonji!" Another familiar voice, another surprise, and this once had to wheeeeeeellllll! Delhi Sultanate, like all top sound crews, has his collection of exclusive renditions of hit songs, known as dubplates, recorded especially for the sound crew by the original artist. Now Sizzla is possibly the most militant reggae artist of the last 20 years, so its a natural fit with what Delhi Sultanate is doing in India, which includes the India 2 Africa project. I knew of a couple of other Sizzla dubplates for the Sultanate out there, but this one was fresh to my ears: the hook came through in Hindi, and Sizzla's recorded verses traded off with live verses from Delhi Sultanate. Full power.

Begum X and Delhi Sultanate have crafted an intense, haunting experience, with the heavy dub sounds of riddims like Natty Dread Ah Weh She Want complementing the emotionally and politically charged vocals. The middle portion of the set was dominated by Begum X and her powerful, sultry vocals. "Mujhe Mar Dalo Me.. Mar Jaongi... Mar de 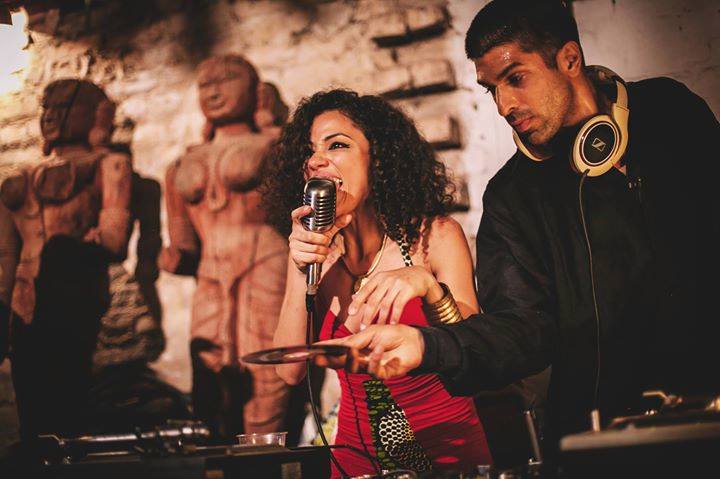 Mar de Zaved Ghar Jaongi..." "Vision of Zion," the two crooned in harmony. "To the memory of all fallen soldiers," Delhi Sultanate called out to the crowd. "Rohith Vemula rest in peace!" As a South Indian and a big Supercat fan, hearing the names of Veerappan and Sandakan rhymed in the same line made my night. Brother Culture (check out Brother Culture's set!) even made a live appearance, with some devastating hooks: "draw them in, draw them in" and "Ragamuffin... he's dangerous..." But most memorable was when Delhi Sultanate grabbed the mic and without losing a beat, ripped off some devastatingly rhythmic lines: "what's the meaning of ragamuffin, ragamuffin means from the skin unto the stuffing..." Its moments like these that marked my evening. What a treat it is to sit back a year later and listen to the audio of this epic set, reliving every memory, thanks to Goa Sunsplash's collaboration with Mixcloud.

"Yaw do we have Kerala in the house? Any Malayalis in the house?" The end of the set, for me, was the most interesting. Projects to unite Indians democratically by bringing together singers of different languages is surprisingly hard to achieve: most participants in musical scenes stick to the scene's chosen language (whether Hindi, English, or a regional language) even when they speak multi-lingually. At Goa Sunsplash 2017, a crew of rappers based in Mumbai but from across the country were featured on Delhi Sultanate's set. I heard some Tamil, some Hindi, some Malayalam, and I think I heard some Bengali, some Marathi and some Punjabi. It was a conscious decision to bring these artists together, in the true spirit of Goa Sunsplash, where so many sets tend to feature guest deejays and toasters and rappers in the spirit of unity. Of all the performances, it was Delhi Sultanate's that best framed this spirit in the context of India and its struggles. Revolutionary India, unite!

"Massive, we have 10 minutes to go, so lets make it count." And with another 10 minutes of intense vibration from the 10,000 Lions sound station, Delhi Sultanate gig came to an end, sometime around 2 (or was it 3?) am on Saturday night. My first witness to a Delhi Sultanate gig, and I was not disappointed. This operation is the real deal. The Sultanate has recently embarked on a project to take reggae across India and connect with the diverse masses. Their Bass Foundation Roots sound system boasts a new powerful wall of sound—crowdfunded with the explicit goal of taking the sizable cabinets around the country on a lorry, it has been making its tours around the country. It was a pleasure to experience Delhi Sultanate at Goa Sunsplash. Boom!